NiP has rebuilt its roster around the veteran duo that won TI5. 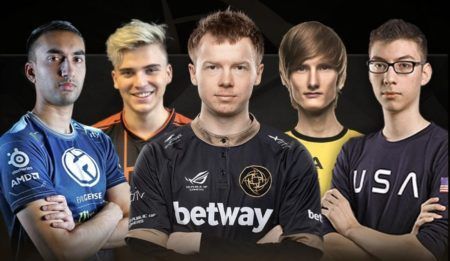 The veteran duo won The International 2015 (TI5) title together under the EG banner. Now they will lead a trio of rising stars in Oliver “Skiter” Lepko, Nico “Gunnar” Lopez, and Malthe “Biver” Winther.

Skiter, who previously played under the tag “Oliver,” is a Slovakian carry player that has experience playing in different regions with teams such as PENTA Sports, Team Spirit, and Infamous.

Biver is a Danish support player who first gained renown for his stalwart play as a member of Natus Vincere (Na’Vi) from 2016 to 2017, after which he joined Team Spirit where he played alongside Skiter.

Gunnar is a young mid player on the rise from North America. He has built a strong reputation while playing for the likes of TEAM TEAM and Team Jinesbrus — which he helped to almost qualify for TI9 before being narrowly edged out by Mineski in the Southeast Asian qualifier.

Despite earning a direct invite to TI9 as the #8 team on the DPC leaderboard, NiP had an abysmal showing at the tournament. After failing to win a single series in the Group Stage, they were one of the two teams eliminated before the Main Event.

The disappointing TI showing prompted NiP captain ppd to rebuild the team, leading to the departure of Marcus “Ace” Hoelgaard, Martin “Saksa” Sazdov taking a break from competitive play, and Adrian “Fata” Trinks and Neta “33” Shapira leaving to form their own team.

It’s safe to say that ppd is still gunning for that elusive second Aegis of Champions, and who better to do that with than with someone who helped him win his first?

“Last year didn’t end as I hoped so we’ve decided to switch things up. I’m teaming up with my old-teammate Universe and a few up-and-coming talents to hopefully achieve greatness,” said ppd in a statement.

“I’m very excited to play with my former captain Peter again. I can’t wait to see what we achieve in this upcoming season,” added Universe.