Ppd hangs up his mouse and keyboard as one of the best captains in the history of the game and a pillar of the North American scene. 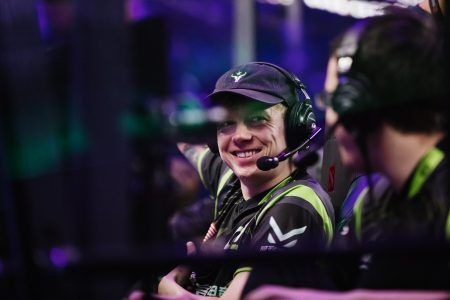 Ninjas in Pyjamas (NiP) captain and The International 2015 (TI5) champion Peter “ppd” Dager has announced his retirement from competitive Dota 2, citing a need to focus on his “personal growth rather than competition versus others.”

“I’ve spent just about the entirety of my twenties competing in video game competitions and at this point in my life (almost 29) I’m looking for something else that I do not think I can find in my current position. Today I find myself focused on personal growth rather than competition versus others and because of that I feel like I have lost the grit and ambition necessary for myself to be the competitor I’m comfortable being. I don’t feel bad about it as I believe change is healthy and I am eager to do something amazing and new in my 30s,” said ppd in a statement.

Ppd retires as one of the most decorated captains in the history of the game, with over 1,000 victories in professional games, 42 tournament wins — including the championship at TI5 with Evil Geniuses (EG) — and almost US$3 million in prize money earned throughout the course of his career.

Alongside these accolades, ppd is also one of the pillars of the North American Dota scene having led the region’s most successful teams and delivering its only Aegis of Champions thus far.

He started his career in Dota 2 back in 2013, when he formed the legendary North American S A D B O Y S stack with Artour “Arteezy” Babaev, Clinton “Fear” Loomis, Ludwig “zai” Wåhlberg, and Saahil “UNIVERSE” Arora that would be picked up by EG in February 2014. With ppd at the helm, EG quickly rose to become one of the best teams in the world, earning a third-place finish at TI4.

After Arteezy and zai left for Team Secret in 2015, EG added Kurtis “Aui_2000” Ling and a then-unknown prodigy in Sumail “SumaiL” Hassan as their replacements. Despite doubts that EG’s new lineup could live up to the success of their previous roster, ppd was instrumental in his team’s run to the championship in TI5 — where his masterful drafting abilities shone in their 3-1 victory over CDEC Gaming in the Grand Finals.

In the championship-sealing play in game four of the finals, ppd’s Ancient Apparition notably set up a huge Echo Slam from UNIVERSE that would later be known as the ‘Six Million Dollar Echo Slam,’ one of the most legendary plays in the history of the game.

After EG finished in third place at TI6, ppd decided to leave active competitive play in order to take a managerial role within EG and Twitch, later being named CEO of EG in December 2016.

Ppd left his position as CEO of EG after the conclusion of TI7 in order to return to competitive play with OpTic Gaming. After leading OpTic to a Top 8 finish in TI8, ppd left the organization to lead NiP’s venture into Dota 2.

While NiP only managed a 17th-18th place finish at TI9, the team looked to be on a resurgence as of late after qualifying for the now-canceled ESL One Los Angeles Major after a rough start to the season. With ppd’s departure, NiP will be looking to add a head coach in order to develop the young talents remaining in its roster.

“Peter has been one of the key influencers in shaping the game of DotA 2. Being in a position where you can retire with such a resume, having won a TI is a formidable accomplishment. It is a position only very few gamers in this world get to experience. I am sure Peter will find success in whichever path he chooses next, and I wish him the very best of luck,” said NiP COO Jonas Gundersen in a statement.

“Playing for NiP has been a true honor, they made me feel at home here in Sweden as a foreigner and always trusted me to do what was best for the team. I’d like to thank everyone for their hospitality and I wish them the best moving forward,” added ppd.

While ppd has yet to make a public statement regarding his future plans, many are hoping that he will remain in the scene either as a commentator or analyst after his memorable stints as a member of analyst panels in previous TIs.

“I will be forever grateful for the people who believed in my abilities and saw the potential that I always believed I had no matter how objectively poor things may have looked in any particular moment. I want to thank all of the fans and players of Dota 2 whether you liked me or not for the amazing world you created and allowed me to exist in,” said ppd.