The undefeated EG looks like the team to beat right now. 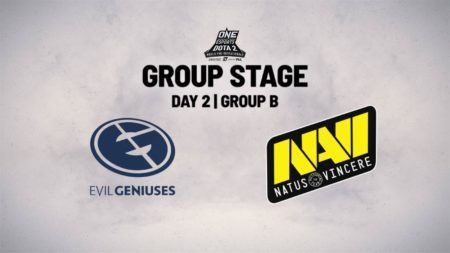 Evil Geniuses Day 2 campaign picked up where they left off with a 2-0 sweep over Na’Vi.

In game one, Evil Geniuses snowballed their way to victory, thanks in large part to Andreas Franck “Cr1t-” Nielsen’s Tusk’s precise timing in casting abilities gave the crowd control that his whole team needed.

With Abed’s overpowered Razor on the lead, Evil Geniuses finished the game by shredding four of Na’Vi’s members on the Dire side.

However, EG slowly started gaining control, thanks in large part due to Arteezy’s Drow Ranger dishing out a huge amount of damage.

The game ended after 33 team kills for the Geniuses and a total of 27,000 gold ahead of Natus Vincere.