These changes should make matchmaking better for high-ranked players. 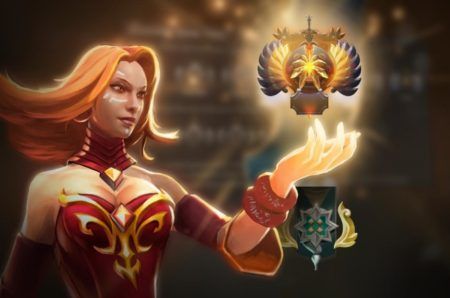 Valve has released another update to Dota 2’s matchmaking system, this time focusing on issues for players with high matchmaking rating (MMR) and groups with a high MMR spread between players.

The update adds a new rule that any group with a player at Immortal rank or above will have every player treated as the same rank as the highest-ranked player. While this new addition is aimed primarily at groups that include pros or high-ranked players, it will also affect “normal” groups that have a high MMR disparity between its members.

In light of the changes to party matchmaking mentioned above, Valve has reduced the acceptable MMR spread within a party from 2800 to 2000 to make it easier for groups with high MMR disparities to find compatible opponents.

The reduction in acceptable MMR spread is only applicable to ranked matchmaking however, as Valve admits they are still tweaking the system.

“We’ll consider further reductions to this spread over time, as the current value is still quite large, but we’d like to find the correct balance incrementally,” said Valve in a blog post.

Another big change coming with the update is a stricter ruleset for matchup combinations between parties and solo players. Five-stacks will now only be matched against other five-stacks, while solo players will only face off against either a full team of solo players or a party of two alongside three solo players.

“We are unsure if an absolute requirement like this will result in net higher quality matchmaking due to the more limited opponent spectrum available in that case, but we know this is an aspect the community talks about often and we are going to do our best to work within those constraints,” addes Valve.

Ranked medals have also been changed, with the number of stars shown for each medal reverted to five from seven. With this change, the MMR range for each medal has been rebalanced.

Player medals will also no longer represent a player’s season-high. Instead, medals will be adjusted should a player become more than one star away from their actual rank.

Valve notes that the changes made to rank medals will make them better represent a player’s skill level long term, ease evaluations of match fairness, and make account buying less valuable, as account buyers are likely unable to keep a bought account’s high medal for an entire season.

Alongside these changes, this new matchmaking update also changes the core matchmaking code and makes players that have a behavior score below 3000 unable to use chat or voice until their score rises above the acceptable threshold.

“We are hoping that after we get matchmaking into a better spot, it’ll be an ideal time for brand new players to join in as well as for existing players to invite their friends into the game with the help of a better new player ramp,” said Valve.