Alliance continues to impress after an amazing comeback victory against Fnatic. 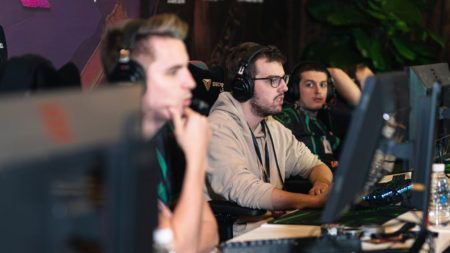 Three more teams attempted to advance into the Upper Bracket of the Playoff Stage during Day 2 of the MDL Chengdu Major. Over in Group B, Alliance, Fnatic, and Team Spirit battled to see which of the three teams would advance, while the bottom two teams would fall into the Lower Bracket. Here’s how Group B played out:

After losing the laning phase to Team Spirit, Fnatic managed to turn the game around after winning a pivotal team fight inside the Roshan Pit. With a Black King Bar on Djardel “DJ” Mampusti’s Shadow Shaman, Fnatic was able to lock down the enemy Luna and win game one.

Later, Team Spirit’s aggressive playstyle helped them control the pace of the game two. They were even able to win a prolonged team fight thanks to their Lifestealer and Legion Commander in their lineup.

Team Spirit tried to answer by charging out of their base in an attempt to catch a regrouping Fnatic squad. But, they were already too far behind in terms of gold and experience and lost the game.

Game one between Alliance and Fnatic was an exciting back-and-forth battle. Fnatic took their early game advantage and steadily increased it by winning a well-executed team fight outside the Roshan Pit.

Fnatic slowly lost control of game one after a terrible team fight near the Dire Shrine. Despite Nikolay “Nikobaby” Nikolov being cliffed, Fnatic failed to lockdown and eliminate the rest of Alliance’s heroes. Eventually, Alliance amassed an overwhelming lead and earned a comeback victory against Fnatic.

Game two, on the other hand, was a brutal stomp by Alliance. Fnatic was clearly out drafted and their European opponents dominated the laning phase and they never looked back. Alliance finished game two before it reached the 30-minute mark.

With their 2-0 win over Fnatic, Alliance has secured an Upper Bracket berth to the Playoff Stage of the Major. This sets up a rematch between them and TNC Predator. Both teams met during the Upper Bracket Semifinal of ESL Hamburg.

Meanwhile, Fnatic has been dropped to the Lower Bracket and is set to face Team Unknown. Team Spirit, on the other hand, will be playing against EHOME.