Into the Invitational: Team Aster are eager to prove themselves

The new-look Team Aster is already playing like a veteran squad. 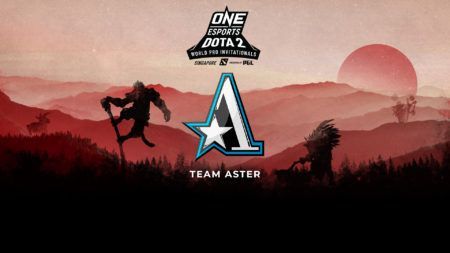 Team Aster had a difficult season in the highly competitive Chinese Dota 2 scene, which was dominated by Vici Gaming and PSG.LGD.

The team struggled to qualify for Valve’s Dota Pro Circuit events and worked on improving their skills at Minor events throughout the year. Team Aster failed to qualify for The International 2019 after the team finished in fifth place during the China Qualifier.

This ended the team’s season and forced the organization to regroup, prioritizing a post-season roster shuffle to improve.

Team Aster’s roster for the ONE Esports Dota 2 Invitational:

The new Team Aster immediately made their mark with a strong showing at the MDL Chengdu Major China qualifier. They dominated their group, beating out teams like Royal Never Give Up, Newbee, CDEC Gaming, and Keen Gaming.

They then defeated EHOME in the playoffs to book their spot to the Major, which is set to take place on November 16-24.

Team Aster also finished as the runner-up of the Hainan Master Cup, a Chinese Dota 2 tournament that included all the best teams from the region.

Despite only playing together for a short time, the team has already shown amazing synergy, and is playing like a veteran squad.

The World Pro Invitational will be Team Aster’s chance to prove that they can compete against the best teams in the world, and they’ll be eager to prove themselves as legitimate contenders for the 2019-2020 DPC season.

READ ALSO: Into the Invitational: Rising CIS power, Gambit Esports, is eager to make their mark