Iceiceice is taking a break from competitive Dota

Former T1 captain, Forev, will fill in for him while he’s gone. 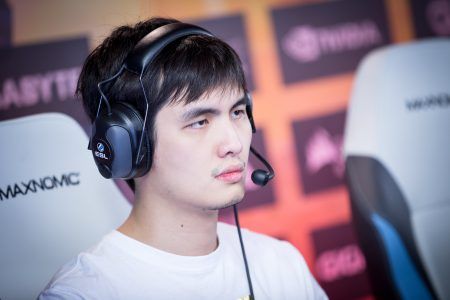 Fnatic has announced that star offlaner Daryl “iceiceice” Koh Pei Xiang will be taking a break from competitive Dota until the Dota Pro Circuit (DPC) restarts some time next year.

With iceiceice on the sidelines, Fnatic have called upon former T1 captain and offlaner Lee “Forev” Sang-don, who notably parted ways with his team at the end of last month, to be his stand-in for the ESL One Thailand 2020 Online Asian league.

The tournament is set to run from August 20 to September 6 and features twelve teams from Southeast Asia and China battling for the lion’s share of a US$135,000 prize pool.

Fnatic notably made waves at the end of July when they pried SEA’s top carry player, Marc Polo “Raven” Fausto, away from rivals Geek Fam. The addition of Raven would have made Fnatic’s already star-studded roster a veritable SEA superteam, as their new versatile carry player would also give a dynamic offlaner in iceiceice more room to shine.

Fans of iceiceice will have to wait until next year before they can see him in a competitive match with the rest of Fnatic’s SEA superteam, as the DPC looks to remain in an indefinite suspension for the foreseeable future.

The DPC was notably ground to a halt back in March, when the coronavirus pandemic forced the cancelation of the Los Angeles Major, which was originally set to run from March 15-22.

The worsening pandemic also caused the Moscow and Singapore Majors to be canceled, while The International 2020 (TI10) was delayed to next year.

If the situation with the coronavirus pandemic allows for TI10 to push through next year, then we can expect the DPC, as well as iceiceice, to return some time before it starts.