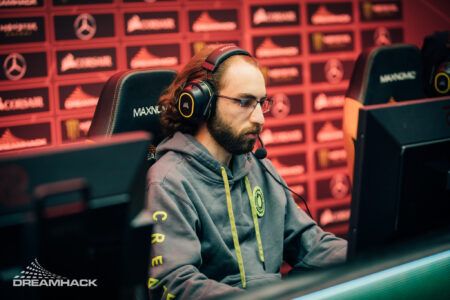 Quincy Crew is the second and final team from the North American region to qualify for the ONE Esports Singapore Major.

After six weeks of intense DPC North America upper division matches, Quincy Crew, Evil Geniuses, and Undying were all tied with the same 6-1 score. This forced them to play a three-way tiebreaker match, with the top two teams advancing to the Major.

Quincy Crew earned its spot to the Singapore Major’s group stage when the team defeated Undying, during the third tiebreaker match in the DPC North America upper division.

Quincy Crew is a team that has been together since 2018. In fact, three of its members — Yawar “YawaR” Hassan, Arif “MSS” Anwar, and team captain Avery “SVG” Silverman — have been playing alongside each other since that year.

The squad has represented multiple organizations, starting with VGJ.Storm, Forward Gaming, and Chaos Gaming. Now, they make up an independent roster with Jack “KBBQ” Chen managing the team.

Quinn “Quinn” Callaha, formerly known as CCnC, eventually joined the main trio in 2019, and helped Forward Gaming qualify for the OGA Dota PIT Minor. Quincy Crew would then hit their stride when they added Brazilian player Rodrigo “Lelis” Santos as the team’s offlaner, while MSS switched to the position 4 support role.

2020 was an incredible year for Quincy Crew as they capitalized on dominating the regional online competitions, with first-place finishes in ESL One Birmingham, BTS Pro Series Season 2 and 3, OGA Dota PIT Season 2, and OMEGA League: Americas Divine Division.

Quincy Crew’s formula for success is clean and consistent play. After falling a game behind against Evil Geniuses in their fifth match, the team defeated their heavily favored opponents in the last game of the series. YawaR, Quinn, and MSS played a near perfect game with a 20/0/27 combined KDA score.