Despite their lackluster performance, TNC got somewhat lucky due to their opponents having an issue with connecting back to the game. 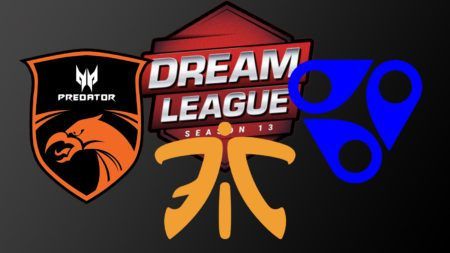 The Southeast Asian region’s closed qualifiers for the DreamLeague Season 13 is officially over, and the results were a total shock.

All the best teams from the SEA region showcased which one has the best understanding of the meta after the Outlanders Update (patch 7.23b). 10 teams were split into two groups, where they all had to play each other in a best-of-two round-robin format.

Group B, on the other hand, consisted of Fnatic, Cignal Ultra, BOOM Esports, SG Dragons, and Alpha x Hashtag. Fnatic dominated the group by winning eight games and going undefeated. The team behind them was Cignal Ultra, who also advanced to the playoff stage with a 5-3 record.

Fnatic was able to take advantage of an underperforming TNC squad, and secure their spot at the Leipzig Major. Daryl “iceiceice” Xiang returned to his winning ways after a disappointing performance at the previous Major tournament.

Cignal Ultra defended well, but Reality Rift was able to survive through their team combination ultimates and force their opponents to tap out. Reality Rift has secured their Leipzig Major berth with a 2-1 victory over Cignal Ultra.

After being outplayed by Cignal Ultra during game one, TNC Predator regrouped and finally prevented one of the biggest upsets in the DreamLeague Season 13 closed qualifiers by winning the next two games.

The Southeast Asian regional qualifier of the Leipzig Major had an unfortunate end. TNC, who were losing the team fights, ultimately advanced due to a disconnection issue at the 29-minute mark by Cignal Ultra.

Prior to the disconnection, TNC did have the gold and experience lead over their opponents. But, Cignal Ultra had just gained map control after winning a team fight.

It is important to note that a typhoon hit the Philippines on the last day of the closed qualifiers, which is what most people are attributing as the reason why Cignal Ultra lost their connection during the game. Regardless, the MDL Chengdu Major champions lucked out and are now qualified for the Leipzig Major.

READ MORE: PSG.LGD have been knocked out of the Leipzig Major Open Qualifiers