Fnatic are headed to the grand final of the SEA League. 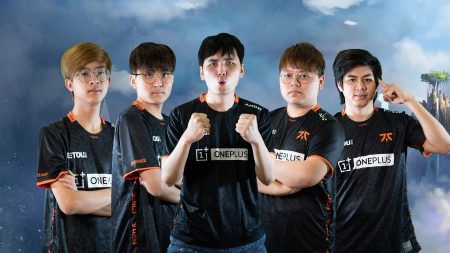 Fnatic started the series strong, perfectly executing a four-protect-one strategy headed by a Morphling for Nuengnara “23savage” Teeramahanon. The tournament favorites took the game after just 28 minutes and with a very lopsided kill score of 27-7.

23savage headlined Fnatic’s most dominant showing in the league thus far, finishing with a perfect 11/0/6 KDA.

TNC looked to bounce back in game two with a strong tri-core of Gyrocopter for Kim “Gabbi” Villafuerte, Death Prophet for Armel Paul “Armel” Tabios, and an offlane Doom for Damien “kpii” Chok. Fnatic ran another four-protect-one with 23savage on Wraith King, while Kam “Moon” Boon Seng was put on a mid Tiny and Daryl “iceiceice” Koh Pei Xiang was on Timbersaw to back up their carry.

TNC took advantage of Fnatic’s slow-paced lineup and went full greed, which paid off in the midgame as their farmed tri-core took over in the teamfights.

However, Fnatic was able to turn the tables at the 30-minute mark after they won a huge clash and took away control of Roshan from TNC.

Even though they were still ahead by 10,000 gold, TNC lost two lanes of barracks after Djardel Djicko “DJ” Mampusti’s Rubick stole Doom and comboed it Soulbind from Anucha “Jabz” Jirawong’s Grimstroke to pick off both Gabbi and kpii without buyback.

With his team in desperate straits, Gabbi picked up a Divine Rapier and made good use of it to demolish Fnatic in back-to-back teamfights. Despite almost losing game two, TNC was still able to force the series to a deciding game three after an action-packed 45 minutes.

Both teams went for four-protect-one lineups in the decider, with Fnatic going with 23savage’s Phantom Lancer and TNC pinning their hopes on Gabbi’s Spectre.

TNC got off to an early lead by with some excellent rotations and counter-ganks. However, the tides started to shift Fnatic’s way by the midgame as 23savage’s Phantom Lancer was able to come online much quicker than Gabbi’s Spectre. With both 23savage and Moon’s Dragon Knight opting for fighting builds, Fnatic was able to win a huge teamfight at the 24-minute mark to take control of the game.

With momentum on their side, Fnatic methodically clamped down on TNC’s base, rebuffed their attempts to break out, then took two lanes of barracks by the 30-minute mark. After one last ditch attempt to break Fnatic’s stranglehold on their base resulted in them getting teamwiped, TNC called GG at 31 minutes.

With their victory, Fnatic become the league’s first grand finalists and will be looking to take their fifth championship out of their last six tournaments.

Meanwhile, TNC will be taking on Geek Fam in the Lower Bracket Final to earn a rematch with Fnatic for the trophy here at the SEA League.