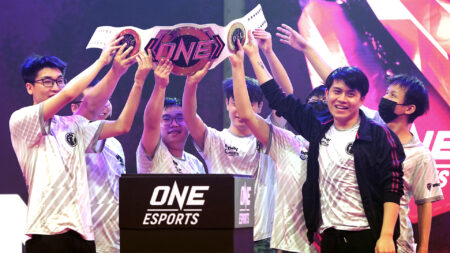 More than 20 Dota Majors have been played since the very first Major was played back in November 2015 — but one of Dota 2’s most passionate fanbases, Southeast Asia, has only had the pleasure of hosting three.

The first time a Major was held in SEA was the Manila Major in 2016, while the last one was the Singapore Major in 2021.

We take a look back at what happened at SEA’s previous Dota Majors.

You thought that was impressive? To this day, fans still reminisce of the legendary Manila crowd who frequently overshadowed even the casters during main stage matches.

Later on during the main event, event organizers PGL had to lower the volume of the crowd mic because it was so deafening! Turn down your volume before watching the clip below, you’ll thank me later.

The Major also stands out for a few moments that will go down in history as some of the greatest to ever happen in the Dota 2 esports world.

First up, the world learned of Djardel Jicko B. “DJ” Mampusti’s fabled Enigma whose devastating Black Holes knocked Chinese powerhouse LGD down to the lower bracket.

Dota returned to SEA with the ONE Esports Singapore Major presented by PGL.

The Singapore Major will feature 18 of the best teams from around the world, and was the first Major broadcast in glorious 4K resolution at 60 fps.

The tournament was notable for the ascension of two young midlaners — then Neon Esports’ Erin “Yopaj” Ferrer and Zhou “Emo” Yi.

Yopaj, now playing for BOOM Esports, was a revelation throughout the tournament. Playing for a team filled with roster turmoil — having had to sub out a player two different times due to COVID-19 and swap roles to accommodate — Yopaj helped Neon reach a top six-placement in the Major.

In a battle for top four, Neon and Secret played out one of the most epic matches of the year, where Yopaj’s phenomenal Windrunner play almost helped to overturn a serious net worth deficit.

EG was on the cusp of knocking out their opponent in three straight games, holding a 2-0 lead over Chinese squad IG. But in game three, Emo put on a show with his Void Spirit, before pulling out the well-earned trash talk.

IG stormed back to take the next two games, taking the series to a deciding game five. Emo pulled out another line: “Let’s see who is real Evil Genius.”

In one of the greatest comebacks in competitive history, IG pulled off the reverse sweep to send EG home — and claiming the title for themselves.

With how hyped SEA Majors have been, fans can only hope that more top-tier tournaments will take place in the region — with a raucous crowd ready to roar.

READ MORE: How to be a good support player in Dota 2