Winning or losing a ranked match in Dota 2 will now make you gain or lose the same amount of MMR. 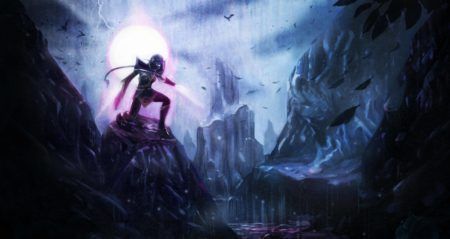 Valve has released a small update to Dota 2 that aims to improve the game’s matchmaking experience by removing the variance in Matchmaking Rating (MMR) gained or lost for wins and losses in ranked matches.

Since the introduction of ranked matchmaking in Dota 2 back in December 2013, there has been a hidden MMR variance mechanic in place for players with high MMR that only gave marginal gains for wins but huge reductions for losses.

For example, a player at around the 6,000 MMR range would, more often than not, gain 10 MMR for winning a ranked match but have 40 MMR shaved off after a loss.

“We have more confidence in the impact of a player on the game when they are solo compared to in a party, and thus we are willing to move a player’s MMR faster/slower depending on that,” said Valve in the patch notes.

In addition to the removal of the MMR variance mechanic, Valve has removed the Fast/Slow queue and replaced it with Ranked Roles and Ranked Classic.

In order to play in Ranked Roles, players must first need to earn Role Queue games by playing matches while selecting all roles as they did before. Ranked Classic has replaced the Slow Queue, but does not let players select their roles before they queue up.

Valve revealed that this decision was prompted by their observations that the concept of slow/fast queues they introduced to matchmaking last November was unsuccessful in producing good quality games.

Instead of giving players an option to get more quality matches in exchange for longer queue times, the developer noted that the Slow Queue instead forced “very bad quality matches on the entire player pool”.

“We think it’s a fair requirement to enforce that if you want to have the advantage of playing a specific role, you have to contribute to the matchmaking system by sometimes playing other roles, or just queue role-less as in previous years,” added Valve.

Valve has been releasing a series of updates aimed at improving Dota 2’s matchmaking experience since August last year, with the first major matchmaking update replacing Solo and Party MMR with Core and Support MMR.

As with the previous matchmaking updates, Valve is expected to monitor player feedback and match quality following the latest update to determine if further changes are needed.