Dota 2 matchmaking gets updated for the new Ranked season 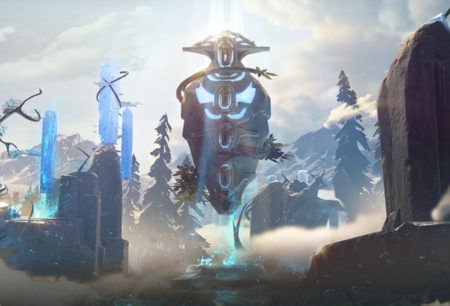 The new Ranked season for Dota 2 is here, bringing with it updates to role symmetry in Ranked queues and the core and support ranks, as well as a ban wave for smurf accounts and players with low behavior scores.

One of the biggest changes in this update tweaks the existing matchmaking system introduced early last month, putting a bigger emphasis on role symmetry across the two teams in a match instead of prioritizing rank spread and other criteria.

“One big observation that we had since the previous update was that matches with misaligned roles had a meaningful impact on game quality. An example of this is when the mid player for one team has the highest rank on their team, and the mid player on the other team has the lowest rank. This tended to cause games to be really volatile and not enjoyable,” Valve said in the blog post detailing the changes coming with the update.

With the increased priority on roles in matchmaking, a new draft role report for players who don’t play the roles they queued for can now be issued. These reports can be made during the drafting and beginning minutes of the game, and will be used by Valve to be “much more aggressive in punishing players who abuse the system.”

The update also tweaked the separate MMR for Core and Support roles introduced in the previous update, making it so that when players win or lose a game queued as one type of role, the MMR of the other type will also be updated by a percentage of that game’s gains or losses.

“Some baseline Dota skills and knowledge are shared between the Support and Core roles. So having the two numbers be entirely separated didn’t seem like a good idea to us, as we’d be losing valuable information about the player as well as promoting some warped incentives when you play your least used roles,” said Valve.

Alongside the changes to matchmaking, the update also comes with a wave of bans for players that have exceptionally low behavior scores, were found to have violated the Steam Service Agreement by purchasing an account to boost their rank, and those who were caught using exploits in matches.

Valve will be issuing weekly ban waves targeting these kinds of players without notice, with the associated phone numbers of banned accounts also being permanently blacklisted to prevent them from accessing ranked matchmaking.

The update also aims to reduce the usage of smurfing (players using a different account, often with a much lower rank than their main account). While alternate accounts are often used by pros looking to play anonymously or to avoid long queue times in high rank, they are also being abused by players whose main accounts are in low priority or have low behavior scores.

Valve has heavily discouraged smurfing by fixing a bug that allowed a large number of users to play ranked without a unique phone number attached to their accounts, and changing the mechanism to grant Ranked access from a fixed number of matches to 100 hours of playtime instead.

In addition, accounts that overperform their initial rank will have their MMR gains and losses per game adjusted in order to get them to their appropriate ranks faster.

The developer also detailed other changes on their radar for future updates, including improvements to match quality in high MMR games, incentives to queuing for the hard support role, role-specific bans for role queue abusers, and implementation of a one-time entry cost for Ranked access to further discourage smurfs.

“In terms of our development focus moving forward, we are spending more of our time than usual focusing on matchmaking quality. We believe that is the right call given how much opportunity there is to make the day-to-day experience better for all players,” said Valve.

The changes in this update will be gradually implemented over the next two days, with rank calibration for the new season beginning on Thursday, September 19.