Dota 2 DPC Regional Leagues: Everything you need to know

The new system will bring weekly competitions and more opportunities for tier 2 and 3 teams looking for their big break. 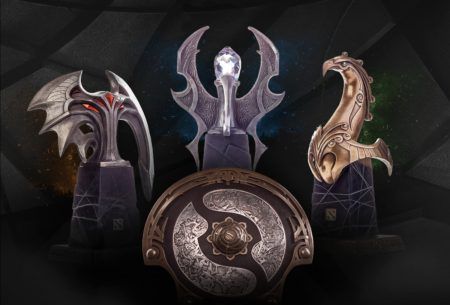 There’s a lot to unpack in the announcement, so here’s a breakdown of how the new competitive Dota 2 landscape will look like next season.

Under the new system, the yearly DPC will be divided into three seasons — Fall, Winter, and Spring — each composed of six Regional Leagues in North America, South America, Europe, CIS, China, and Southeast Asia.

Each season will conclude with a Major event that will feature the best teams from each regional league.

Each of the six Regional Leagues will feature a prize pool of US$280,000 per season and will be divided into an Upper and Lower Division with eight teams each, for a total of 96 teams participating in the DPC all across the world.

Competition in the Regional Leagues will consist of full best-of-three Round Robin format matches among all the participating teams over the course of six weeks, with three days of competition each week.

DPC points will be awarded only to the Top 5 teams of the Upper Division of each league every season, with the Top 4 teams automatically qualifying to the Major in one way or another depending on their region.

Things start panning out differently for the third and fourth-best teams in a league depending on their region when it comes to making it to a Major. Teams that finish third and fourth in the European and Chinese leagues will qualify for the Major’s Wildcard Stage (more on that later), while only the third-place team in the North American and Southeast Asian leagues will be able to do so.

Perhaps the most welcome change in the new regional leagues is the introduction of a system for promoting and relegating teams.

This will allow for new teams and talent to be introduced into the scene over time and will reward teams in both divisions for consistent performances across seasons.

Here’s a breakdown of what each team in both divisions of the Regional Leagues will be getting at the end of each season:

Alongside providing a better structure for the development of Tier 2 and Tier 3 teams in the DPC, the new system will also make it easier for fans to follow their favorite regions and teams.

Here’s the weekly schedule for the regional leagues, with each slot representing a best-of-three series and all times in PST:

For the inaugural season under the new system, Valve itself will allocate the initial teams to the Upper and Lower Divisions for each Regional League. Teams also need to declare the region they choose to participate in before the season starts, with the remaining slots to be filled through qualifiers after TI10.

In order for a team to be eligible to compete in one of the regional leagues, three or more of the players in that team have to be residing in the region they want to compete in. Teams may also use a stand-in for up to four of their matches in a season as long as that stand-in is either competing in a lower division or not competing in a league at all.

Should a team decide to change regions, however, they will have to enter the league they want to transfer to through its open qualifiers and then climb through that its Lower Division.

But once a Regional League begins its season, all rosters will be locked until the end of the Major of that season. Roster changes are only possible after the Major concludes and until the beginning of the next season, with each player change a team makes incurring a 15% penalty on their current DPC point total.

Each of the three seasons in the DPC will conclude with a Major tournament that will feature 18 teams from all regions vying for the lion’s share of a US$500,000 prize and 2,700 DPC point pool.

The biggest changes with the new Majors is that they will have a fixed amount of slots for each region throughout the year, will no longer hold qualifiers to determine the participating teams, and have been split into three stages.

The 18 slots at each Major have been split with the competitiveness of each region apparently taken into account. As such, Europe and China each get four slots, North America and Southeast Asia both get three, while CIS and South America have two slots apiece.

While the Major technically has 18 slots, as many as 26 teams will actually be participating in it due to the addition of a new Wildcard stage.

The Major Wildcard Stage will precede the Major Group Stage and will feature six teams competing in a best-of-two Round Robin for the last two spots in the Group Stage.

The teams in the Wildcard Stage will be comprised of the third and fourth-placed teams in the European and Chinese leagues, as well as the third-place teams in the North American and Southeast Asian leagues.

Only two of those teams will make it to the Group Stage, while the other four will be going home empty-handed.

The teams in the Group Stage will be comprised of the second-place teams in each Regional League, as well as the two teams who survived the Wildcard Stage.

The Major Playoffs will be the same Double Elimination bracket we are all familiar with, although there will only be 12 teams there instead of the 16 in the current DPC.

Aside from the aforementioned changes, another big change in the new Majors is that they will only award prize money and DPC points to the Top 8 teams.

As with the current DPC, the top 12 teams with the most DPC points will qualify for TI. The remaining spots will be decided through six regional final chance qualifiers, with each featuring the 8 best teams from each region that haven’t been invited to TI.

Perhaps the biggest change for TI under the new system is that there will no longer be any Open Qualifiers.

That, alongside the reward system for both the Regional Leagues and the seasonal Majors, clearly illustrates that Valve wants teams to perform consistently throughout the DPC if they want to compete in TI.

In the current DPC, a team can either place in the Top 4 of a Major or two then skip the rest of the season and still be guaranteed a direct invite to TI or go through the Open Qualifiers and earn their spot from there.

While that means we won’t see another Cinderella run from an Open Qualifier team, just like what OG did back in TI8, we can expect teams to perform on the highest level they can throughout the year as they scramble for those precious spots in TI.