The post-TI9 roster shuffle has struck the first tier-one team. 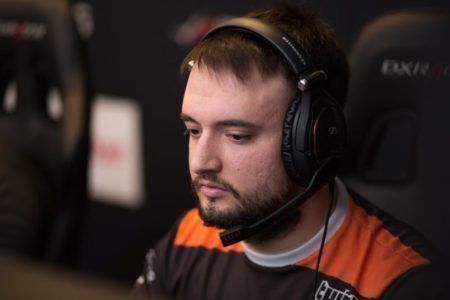 The announcement comes after yet another disappointing showing at The International 2019 (TI9) for VP, where they finished at 9th-12th place despite being the second-ranked team for the 2018-2019 Dota Pro Circuit (DPC) season.

With the team’s showing in this year’s TI the lowest it has been since they solidified their place as one of the best teams in the world in 2017, it was expected that major changes had to be made in the post-TI9 roster shuffle.

9pasha has been with VP since 2016, helping the team pick up five Major championships during his tenure. With his move to Na’Vi, he will join a young core of players that were able to qualify to TI9 from the CIS qualifier and finish at 13th-16th after a narrow loss to Mineski in the knockout stage.

In order to facilitate the move, Na’Vi’s now-former offlaner, Evgeniy “Blizzy” Ree, has been rendered inactive as he is still under contract.

“Those were awesome three years I will never forget. We showed the entire world that a CIS team can play great Dota. Huge thanks to all our fans! I am eager to face new challenges in [Na’Vi]. See you at the tournaments!” said 9pasha in a statement.

ArsZeeqq will also be leaving VP alongside 9pasha after coaching the team for the 2018-2019 DPC, which included a stint as a stand-in during the Chongqing Major where they reached the Grand Finals but ultimately fell to Team Secret.

“Pasha is a true veteran and one of the most respected players of CIS Dota. I can hardly imagine VP without him, but sooner or later everything comes to an end. We are endlessly grateful for Pavel’s contribution to our success and wish him the best of luck in [Na’Vi]. Special thanks to our coach – even as ArsZeeqq faced constant pressure from the community, his positivity and dedication never faded. His Chongqing performance against PSG.LGD will remain in our hearts forever,” said VP general manager Roman Dvoryankin.

READ MORE: Dota 2 now has over 5B games played