EG clashes with SumaiL’s new team for the top spot in NA, while a new power may be rising in the south. 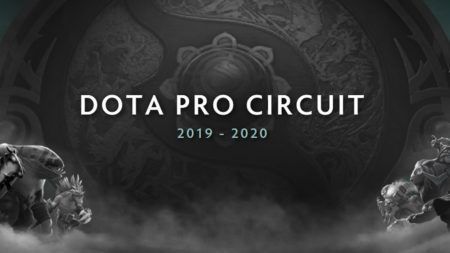 With the first qualifiers of the season kicking off on October 5, let’s take a look at how the top teams from each region fared in the roster shuffle, starting with North and South America.

Evil Geniuses (EG) made one of the biggest splashes of the roster shuffle when they announced their acquisitions of Virtus.pro’s (VP) Roman “RAMZES666” Kushnarev and Fnatic’s Abed Azel “Abed” Yusop to replace Gustav “s4” Magnusson and Sumail “SumaiL” Hassan.

While s4’s departure was somewhat expected, SumaiL leaving the team which he started his career with and helped to raise the Aegis of Champions at The International 2015 (TI5), surely wasn’t.

EG’s moves signals that the team will now fully revolve around Artour “Arteezy” Babaev, for better or worse. While the additions of Abed and RAMZES666 have already raised a lot of questions regarding team communication and chemistry, another crucial issue is whether there’s even gonna be enough farm for Arteezy, Abed, RAMZES666, and Andreas “Cr1t-” Nielsen to begin with.

Even if EG already seems like a strong contender on paper, team captain Tal “Fly” Aizik will have a lot to figure out to make the team work.

While North America (NA) has long been EG’s playground, their reign over the region will be challenged by one of the players who helped establish their rule in the first place. SumaiL alone is enough to elevate a team to at least tier-1.5 status, but if you surround him with players that have comprised the second best team in NA for years now then you have a recipe for a contender.

There will surely be growing pains as SumaiL adjusts to fully playing Position 1, even if his older brother, Yawar “YawaR” Hassan, has shifted to playing the offlaner to accommodate him. Even so, they will have more than capable players surrounding them, and chemistry shouldn’t be too much of a problem considering that four out of the five players in the roster have already played together at some point. Watch out for this team, the Hassans just might be leading a powerhouse waiting to be unleashed.

J.Storm is once again under the leadership of longtime veteran and TI5 champion with EG Clinton “Fear” Loomis, as former captain Sivatheeban “1437” Sivanathapillai has departed the team due to personal commitments while Roman “Resolut1on” Fominok left for VP.

Replacing them will be Peruvian support Joel Mori “MoOz” Ozambela and Braxton “Brax” Paulson, who is on trial as the offlaner as David “Moo” Hull returns to playing Position 1.

With EG and Quincy Stack likely vying for the the title of the top NA team, J.Storm will likely fill the void left by the likes of the now-defunct Forward Gaming and CompLexity Gaming teams of years past.

But with a mix of skilled veterans and up-and-coming players, J.Storm can roll with the best of them, and might even surprise an unwary few.

The Fighting Pepegas, for better or worse, will be embodied by their captain Jacky “EternaLEnVy” Mao. Love it or hate him, EE has always been hit or miss, and what one can expect out of his new stack will likely follow that path.

While the team has players who have won big in the past, with Kurtis “Aui_2000” Ling part of the EG team that won TI5 and David “MoonMeander” Tan winning two Majors during his time with OG, many consider them all but washed up.

Only Jonathan “Bryle” Santos De Guia with J.Storm and Jingjun “Sneyking” Wu with the ex-Forward Gaming roster achieved anything of note last season.

Even so, there is undeniable talent in the roster and they will likely catch some teams off-guard. It’ll be intriguing to see if EE and his squad can go further than that.

Expect Anvorgesa to continue rolling with, and honing, the unique style of play that led to their deep run in TI9 this season. With the continued development of standouts K1 Hector, Chris Luck, and Scofield, not to mention better chemistry and more experience given time, they may even break into tier-1 status. Though they may be a solid tier-2 team for now, it’s safe to say that they’re the best SA has fielded thus far.

After experimenting with players from other regions for much of the 2018-2019 season, signing Team Anvorgesa for TI9 then losing them right after, Infamous will be running with familiar faces for the upcoming season.

It’s hard to not expect much out of this team when considering history, but the players of Team Anvorgesa proved that no one should be counting out SA yet. With a mix of returning players and new talent, one can hope that Infamous can produce another squad capable of making waves for the region once more this season.