White Spire is once again yours for the taking, jump back into Dota Underlords now that it’s fully launched! 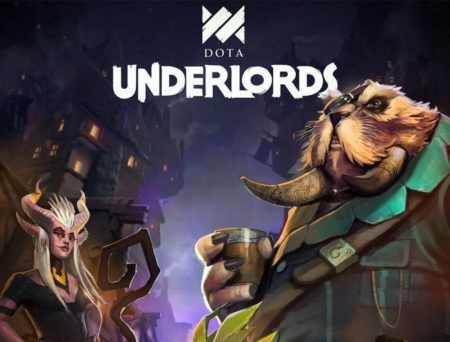 Dota Underlords is now fully released and has just begun its first season, with the launch bringing a new single-player campaign mode, a new battle pass, and shakeups to the game’s plethora of heroes, Alliances, and items.

The all-new ‘City Crawl’ game mode will be Dota Underlords’ campaign and will task players with taking over the city of White Spire following the death of the city’s previous crime lord, Mama Eeb, whose demise set the game’s story in motion.

Players will have to conquer White Spire neighborhood by neighborhood by completing a variety of objectives, solving puzzles, and winning street fights in four different districts that correspond to each of the game’s Underlords.

Progressing through the City Crawl campaign will unlock rewards, such as new outfits and poster art for the game’s four Underlords. Successfully completing puzzles in the campaign can also put you on the game’s Puzzle Leaderboard.

Dota Underlords Season 1 also comes with a battle pass with over a hundred rewards to unlock as you level it up, such as new boards, map props, wanted poster art, and more.

While many of the in-game rewards can be earned without the battle pass, full access to all City Crawl content and all 100 rewards can be obtained by purchasing it for US$5.

Take note that you don’t have to shell out five bucks for the paid Battle Pass if you don’t want to, as it is not required to play the game nor does it provide any gameplay advantage.

The beginning of a new Dota Underlords season also brings with it massive changes to gameplay, with new Alliances being introduced as old ones are rotated out, a number of heroes getting balance tweaks and new Alliances, and a new item category, Hats, being added.

Two of the biggest changes include changes to Item rounds and the removal of Ace Effects.

Item rounds now come earlier in the Standard game mode at every four rounds instead of every five. In addition, the choices for each Item round can now be rerolled once in every game mode.

Ace Effects, including the bonus chance to find an Ace as well as the Ace bonuses themselves, have been removed from the game and the Ace hero tier has been renamed to Tier 5.

Valve added that the Ace system is going to be reevaluated and may return to the game in a different form sometime in the future.

The Scrappy and Inventor Alliances have been rotated out of the game, with the new Summoner, Vigilant, and Void Alliances taking their place.

The Summoner Alliance buffs summoned units for every Alliance level, the Vigilant Alliance forces units under its effects to focus fire an enemy unit after it casts a spell, while the Void Alliance gives allied heroes a 40% chance to deal an additional 5% of the target’s Max Health as Pure Damage.

Arc Warden, Magnus, Luna, Windranger, Mirana, Tidehunter, Enigma, Nature’s Prophet, and Nyx Assassin have been added back to the game to replace the heroes who were rotated out.

Alongside a reshuffling of Alliance affiliations for a number of heroes, some have also had their abilities changed.

Axe no longer has Berserker’s Call, but can now cast Culling Blade alongside a new passive ability in Counter Helix, Broodmother now casts Spawn Spiderlings instead of Spin Web, and Shadow Shaman now summons Mass Serpent Wards instead of Hex.

Heroes who previously had their ability to summon units removed, such as Lycan, Nature’s Prophet, and Venomancer, now get them back as they have joined the Summoner Alliance.

Players can now also equip the new Hat item category on their heroes to give them a bonus Alliance on top of their original affiliations. These include the Ogre Cap, Crown of Antlers, Leg Breaker’s Fedora, Mantle of the Flayed Twins, and Ristul Circlet, which gives the hero equipping them the Bloodbound, Hunter, Brute, Deadeye, and Demon affiliation, respectively.

In addition to the new hats, new items in the Armlet of Mordiggian, Dragon Lance, Kaden’s Blade, Mango Tree, and Quelling Blade have been added. Aeon Disk and Healing Ward have been rotated out, however.

The Armlet of Mordiggian grants the hero wearing it 90 Attack Damage and 10 Armor in exchange for losing 100 health per second, the Dragon Lance gives the ranged hero equipping it 20 damage and unlimited range, the Quelling Blade grants 25 damage and is especially powerful against summoned units, while Kaden’s Blade empowers the hero wearing it to deal 7% of the target’s Max Health as Pure Damage instead of their normal damage.

Meanwhile, the Mango Tree is new contraption type item that throws a mango up to 2 cells away that gives 100 health and 50 mana to any unit that touches it.

For the full list of gameplay changes in Dota Underlords Season 1, you can check the patch notes here.